When Cabinet Announcements Turn Into Jokes

Surely the current government today wonders why their announcements constantly come under fierce criticism from the rakyat.  From the joke around the “Abah” tag to the hotly trending #SiBodoh DengarSini, all happening in the blink of an eye.

The current government has not only lost its simple majority (112 Parliament seats) but also the trust of the rakyat. How did the government, known as the Malay-Islam government, deviate so far after claiming last year that they will save Malaysia from the threats of the ‘anti-Islam” Pakatan Harapan government. Clearly, they are only good at devising strategies to overthrow the government without an election, and have no wisdom in coming up with policies that really matter to the rakyat. Abah’s announcements are no more energetic, and like and like a broken radio, blare painful music to the rakyat’s ear.

With a state of emergency declared, who is going to ensure check and balance of national spending?

Before the #SiBodohDengarSini began to trend, the Prime Minister announced an allocation of RM15billion for the PERMAI financial assistance package. I was thrilled, because under PERMAI, there were no new halls to be built, given that the newest hall in Pagoh was going to cost a whopping RM35.43 million.

Now back to “Abah’s” latest announcement, where he spoke about nearly 20 initiatives which were going to help the rakyat cope with the third wave of COVID-19. This is not the first time that “Abah” has announced financial assistance, in billions of ringgit, for the rakyat. If I am not wrong, there have been at least five such announcements made. As great as these proclamations sound, the fact remains, the rakyat are miserable!

There are only two reasons why this can happen. Firstly, “Abah” is lying and secondly, there is a leakage somewhere. How can we be sure “Abah” is not calling a bluff? This question can only be answered with democracy; through a concept of check and balance. The government of today is responsible for every cent spent to help the rakyat, and to ensure this process, we have the Parliament. Although we have an opposition that is only hell-bent on discussions over who the next Prime Minister is going to be, they have an important role to check on the funds announced by the government.

But we are today, in a state of emergency and who is going to ensure the check and balance of national spending? How do we know the Prime Minister is not lying? All these questions need to be answered by the government, if they are truly transparent, when they make their announcements on billions and billions of ringgit in financial assistance.

And then there is the question of leakage. I am disturbed by a tweet by the youth wing of Perikatan Nasional which offered to help the government facilitate the RM15 billion fund. A simple answer as to why the rakyat can never feel the benefits of such aids is because, these funds are sucked, at every level by greedy politicians.

Going back to the question of why the announcements by members of the Cabinet are nothing but a joke to the rakyat. Take the example of the PERMAI financial assistance which is said to only repeat the financial assistance mentioned under Budget 2021. And the announcement by the Minister of Education on the schooling session which is said to be a burden the parents. The answers to these questions are also simple. Today’s government has lost touch with reality. It is possible that those who sit in policy building meetings are terrified of the current political situation or that they have never tasted poverty. A simple example is a move to limit the operating hours of food operators to 8.00 pm. For those blessed with a domestic helper, surely this decision has little effect. Try to imagine what this is like for someone who has to work till late in the evening and is too tired to prepare a meal.

This is the very reason why those in sitting in policymaking roundtable meetings cannot be filled by only the elite who are blind to realities the rakyat face. We cannot have ministers who only know how to run, especially those who run from responsibility. We are mired in a situation today where we are flooded with announcements that mean nothing to us.

To those in power, heed the signs when your decisions affect the rakyat’s rice bowl.  History has shown that when hunger and misery permeate society, empires will fall!

Nadim Jebat is a political observer

The views and opinions expressed malaysiasedar.com are those of the authors and do not necessarily reflect the official policy or position of Malaysia Sedar. Any content provided by our bloggers or authors are of their opinion and are not intended to malign any religion, ethnic group, club, organization, company, individual or anyone or anything. 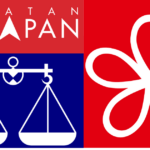 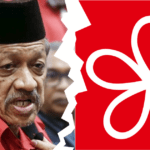