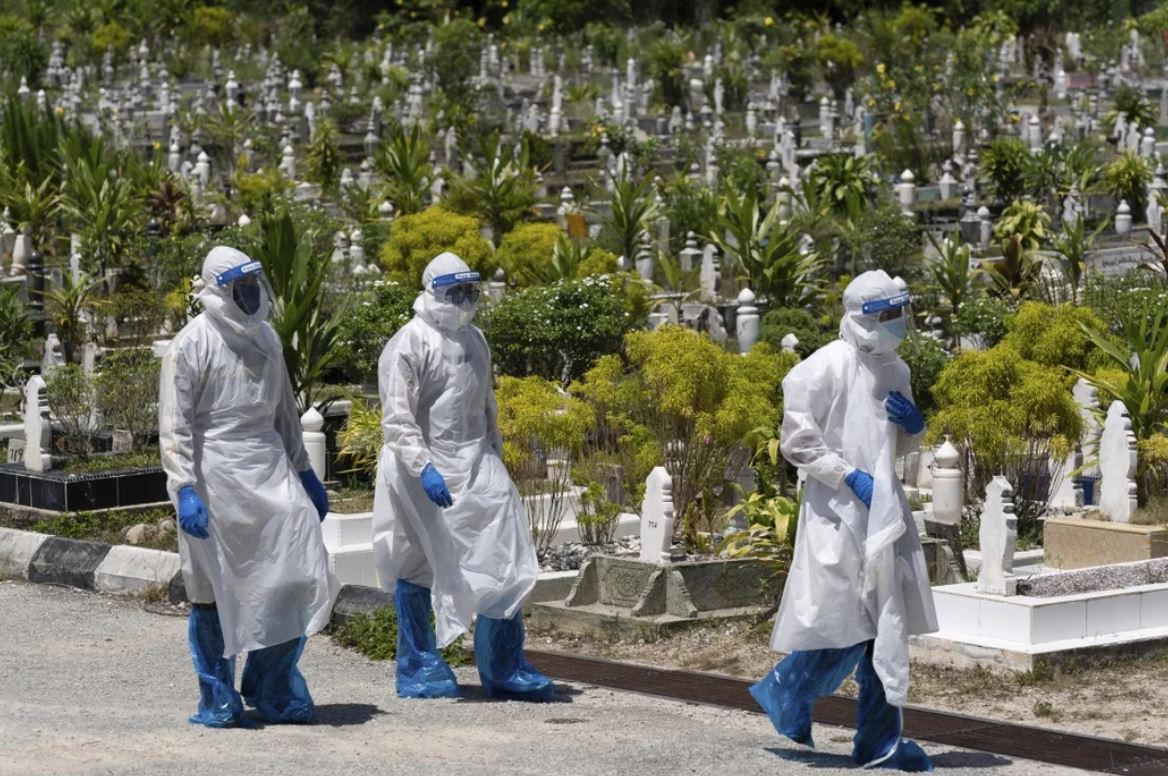 I no longer have any faith and confidence in the way the government is managing the C19 problem in Malaysia. It appears that the problem is not COVID but the government way of handling COVID. People are suffering because of inept management.

KKM General needs to resign. They are not agile enough in managing the problems. Instead of managing the disease, he is playing politics. From being a general, he is now saying he is a messenger and face off KKM. Calls have been made to form an external advisory panel, work in cooperation with other stakeholders, and yet these simple measures are not done because of the insistence that the power lies with HIM, the General.

Instead, the general is playing politics. His action of justifying the POE is an example. The honorable thing to do is to resign and let public health experts lead this battle. So much evidence to support this call. What people don’t realize is that while the country is focussing on C19, the death due NON-COVID cases are rising and KKM is not publishing it. Dengue, suicide, depression, family breakdown is on the rise.

The police need to look into the mirror. They only enforce the laws against the weak. They close both eyes when it comes to Politicians. When it comes to Annuar Musa and the MIC fellow, no one lifts a finger. Plenty of evidence is on the internet and yet no action taken. Does the police need a police report? When a lady was exiting her car, to carry her son out and not wearing a mask, she was fined.

Despite video evidence that it was not a crowded place and clearly shows she was taking her child out of the car, the state police chief defended his man. How does one expect the public to respect the authorities? Is admitting a mistake a weakness or signs of honor. The IGP wants to increase the fine. People are disrespecting the law because the police are not acting fairly.

The politicians in office are not managing the country. They are managing their power, position, and rice bowl. The stupid people are we, the ordinary people who continue to keep this unproductive bunch in their position. In other countries, the people would have to drag such leaders and throw them into the streets. Instead, the people continue to play Bangsa, Agama, and Negara (BAN) narrative. I guess it is ok to die of starvation in the name of BAN and let the leaders lived happily.

Unemployment is on the rise, people’s rice bowls are affected. Businesses are closing down. The people are suffering. Small businesses are being harras because of different political ideologies.

Question is for how long? How long more the people need to suffer? How long will the people tolerate? Their patience has limits. KKM Generals and politician should take the honorable path and quit and let other leads instead of letting people suffer.

The views expressed here are those of the author/contributor and do not necessarily represent the views of Malaysia Sedar.

Join us on Telegram!
For those who prefer reading on mobile, we have Telegram channels that will allow you to receive updates, announcements, and links to our stories straight to your mobile device.